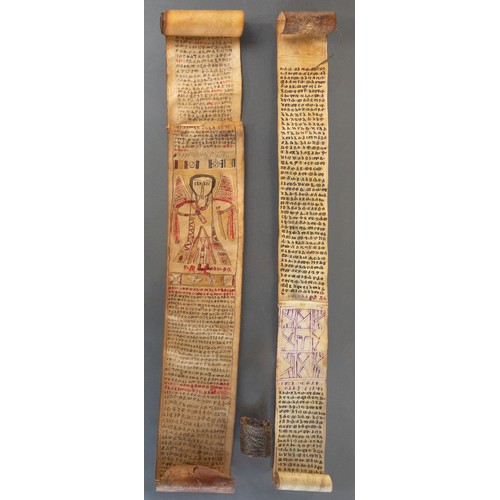 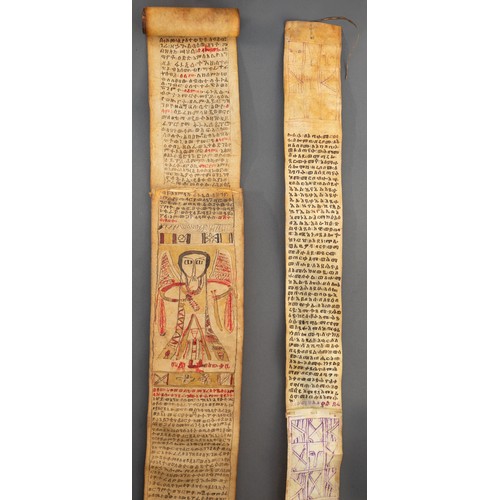 The “magic” scrolls from Ethiopia are made by lay clerics or deacons called Dabtara (alternative spelling Debtara). Each is made from strips of parchment stitched together to form long scrolls. Scrolls such as these were used in ceremonies to prevent, as well as cure or ease, illness, to undo spells and to ensure good luck and prosperity.
The scrolls contain both prayers and images, called talismans. The prayers are written in Ge’ez, the ecclesiastical language used by the Ethiopian Orthodox Church. Each new prayer is written in red ink and inscribes the names of the Father, the Son and the Holy Ghost and many other saints.
The painted talismans, or figurative images, on the scrolls include both depictions, whose precise meanings are known to the Dabtara only and straight forward representations of angels and crosses. In all cases these are said to remind spirits, demons, and Satan of their limited power in the face of that which is omnipotent.
Neil W. Sorbian, Art of Everyday Life in Ethiopia and Northern Kenya, Dupree Art Centre and Gallery, Hope College, Holland, Michigan, 1992,
(2) 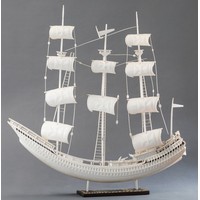 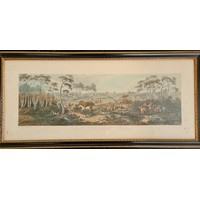