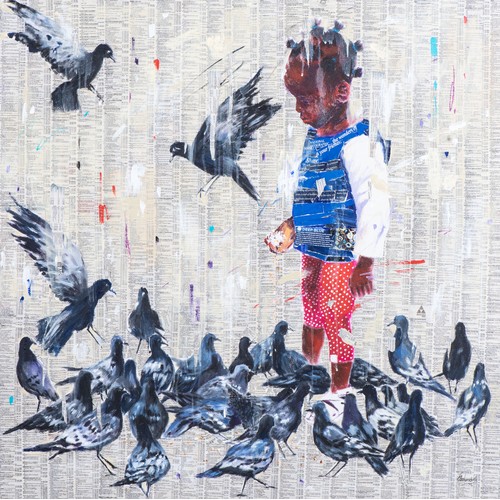 Edward Selematsela is a well known artist from the Limpopo province of South Africa, Ga-Modjadji, he studied art and business at Eastside College and UNISA.
In 1997 he received the merit of excellence award from the French cultural center in Pessac, Bordeaux, France. He had won several art competitions around gauteng, his intaglio relief art piece (The journey to travel) had earned him the first spot at black like us art competition which was sponsored by Mr Mayor Herman Mashaba and Deutsche Bank South Africa in 2011, and a Citadel the most improved artist 2006 manor gallery, and Webber Wentzel Bowens for improving the lives of youth through art.
Art collectors as far as Dubai, New Zealand, Canada, Australia, Namibia, USA, Mozambique, Colombia, Angola, Netherlands, Germany and England, have invested in his art.
He is a full time artist, very much committed to his art, though he is a full time artist, he takes one day in a week to teach voluntarily children and youth art from disadvantaged background in Berea, Hillbrow Johannesburg, this is the (Little artist school) project that he started in 1995 with twenty students in Marshalltown, downtown, Johannesburg in an orphanage home, 1500 students have benefited from this project, sponsored by the Deutsche bank since 2004 till today. In 2006 Edward accompanied six of his prominent students to London, after they had won the Deutsche bank art award during William Kentridge’s urban age exhibition at Johannesburg art gallery, they had the opportunity to visit Tate gallery, National British art gallery, Tate modern, V&A, Shakespeare museum, South African high Commissioner’s house in Trafalgar square, Deutsche bank art collection London and other art related places. 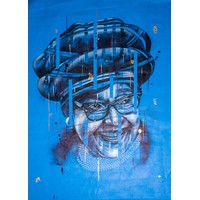 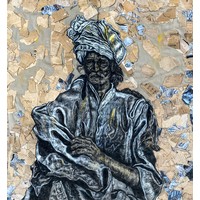