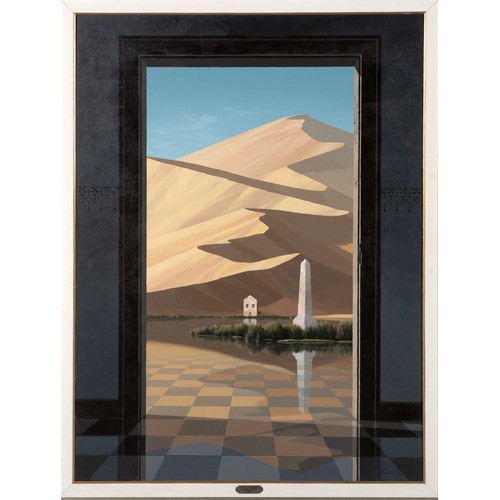 Keith Alexander is regarded as one of South Africa’s foremost realist and surrealist painters. The first term allowed him to depict vast landscapes that at first appear to exist within a realm that we inhabit on a daily basis. On further inspection, the strange combinations of structures within the landscape contain an uncanny exoticism that can only occur in dreams and the imagination.

In The Sanctuary, the viewer’s perception of space is all important, a doorway marks a potential entrance into another world. The checkered tiles where the viewer appears to be positioned, before the threshold, extends into this other world and seemingly turns to a body of water. An island houses an obelisk. On the other side, a house stares down the viewer, possibly the sanctuary that the title suggests, while vast sand dunes extend, high as mountains behind it.

Creating a sense of atmosphere was more important to Alexander than the subject matter itself. Initially inspired by the ghost towns of the southern Namib encountered on his honeymoon, deserts and desolation are themes found throughout his oeuvre and these wide open spaces evoke a barrenness, loneliness and a sense of dread as they are mostly devoid of any human activity.

Rarely for Alexander, in The Sanctuary, there is a glimmer of hope, just across the water, perhaps it is inhabited by people, perhaps it is a place of safety in this unknown world.
S.D 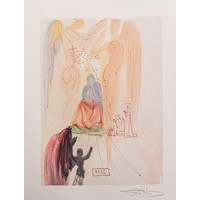 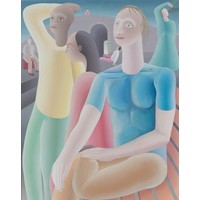