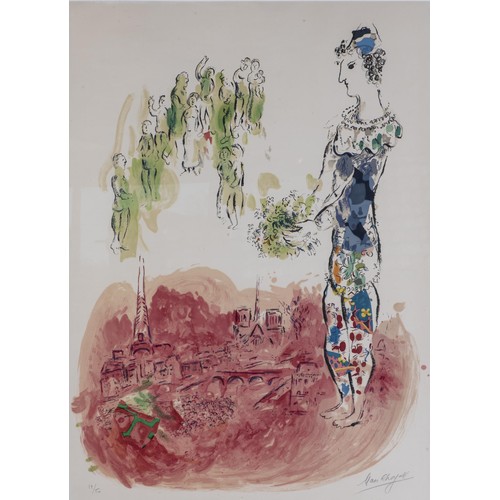 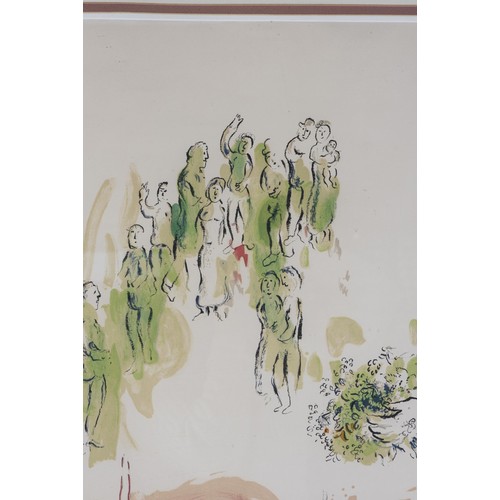 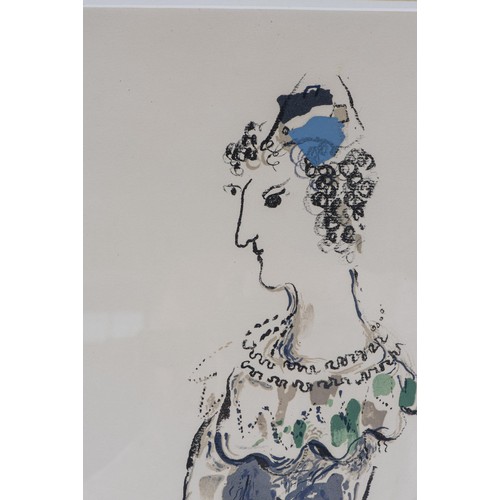 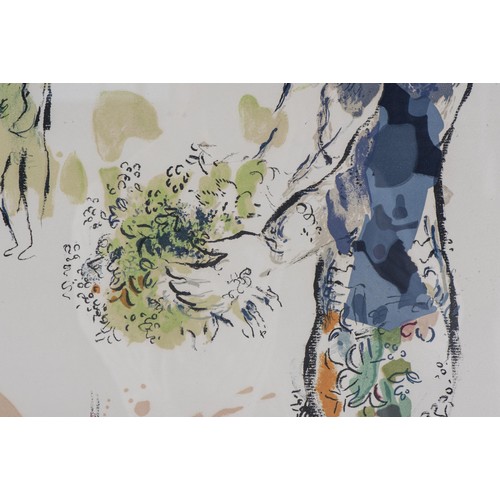 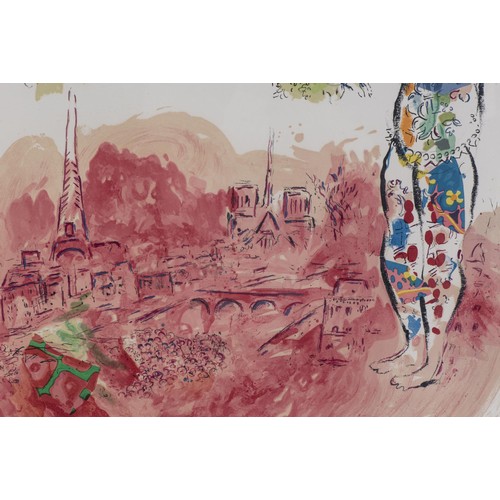 
"The stars were my best friends. The air was full of legends and phantoms, full of mythical and fair-tale creatures, which suddenly flew away over the roof, so that one was at one with the firmament” – Marc Chagall

Marc Chagall’s fascination with the city of Paris acts as a recurring theme in the artist’s works, as it provided a never-ending supply of inspiration. He represents Paris through literal symbols of Parisian life, but emphasises the charm and mysticism of the bohemian city through dream-like imagery and composition. The convergence between real and imaginary is wonderfully captured in Le Magicien de Paris II, depicting a clown-like figure holding a floral bouquet floating over the city, symbolised by the iconic Eiffel Tower, while a group of figures dance into the upper corner of the composition. The artist’s belief that Paris possessed an air of magic is translated through his gestural mark-making, which acts as a lyrical evocation of the ambience of Paris.

Renowned for his aptitude and innovation in a variety of mediums, Chagall’s accomplished printmaking perhaps marks the artist’s oeuvre. The artist was first introduced to printmaking when Parisian art dealer, Ambroise Vollard, commissioned a series of etchings to illustrate a special edition of Nikolai Gogol’s Dead Souls. This project launched Chagall into a long career of printmaking which allowed him to translate painterly qualities and a complex colour resonance into works on paper. Le Magicien de Paris II (lot 396) was created towards the end of the artist’s career, between 1969 and 1970, during one of the artist’s most prolific periods. The body of works created during this time was not only an ode to Paris and his affection for France, but incorporated elements that had been developed and mastered throughout a career of experimentation and unique experiences.
-AC 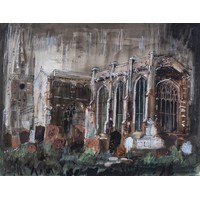 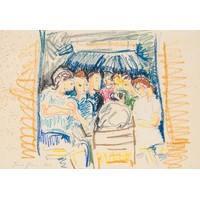