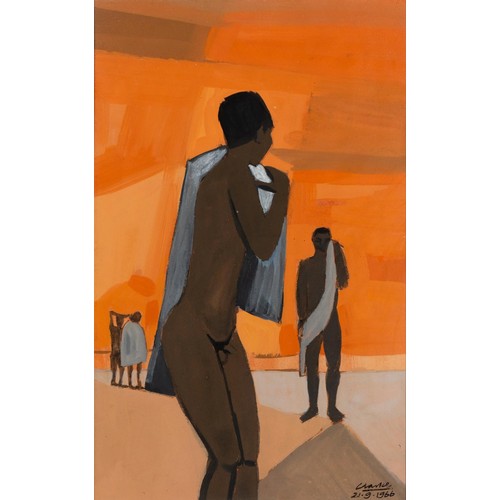 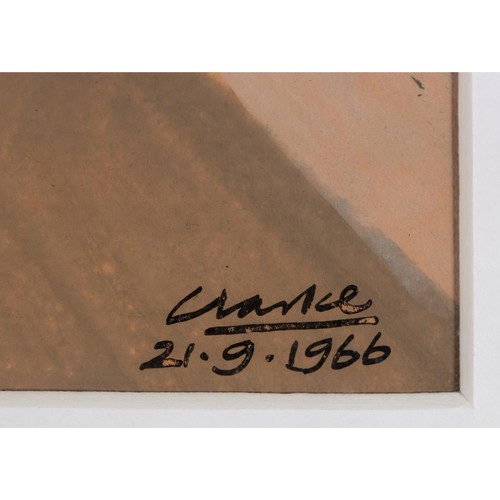 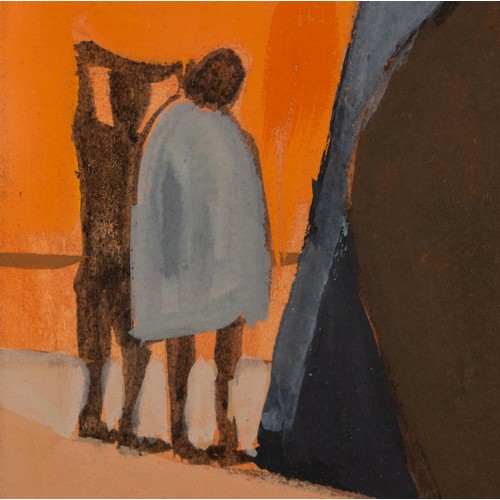 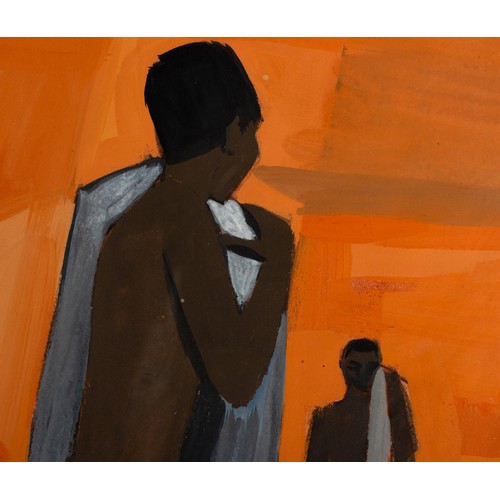 
With Clarke’s arrival back in South Africa in 1962 from Europe, the artist was faced with the harsh realities of the stringent, punitive laws that affected every aspect of people of colour’s lives at the time. The late 50s and throughout the 60s saw the implementation of forced removals, with the Nationalist government enforcement of the Group Areas Act directly impacting Clarke’s beloved Simon’s Town and the life he had created there. Many of the works created by the artist during this period were portrayals of the turbulent political climate and the exclusions of apartheid South Africa. While many of these works carried a political message, this wasn’t the only framework within which his works could be interpreted, as the artist points out “I was not just involved with the politically inspired pictures because there were other concerns too: the drama of life itself. There are all kinds of social demands made on people, whoever they might be”. The subjects of Clarke’s works often possess a sense of group identity, with individual figures lacking identifiable features. The artist portrays people through a humanist lens of dignity and subtle humour, where tough times are offset by moments of happiness.

Clarke would often escape the scenes of hardship that surrounded him by infusing his works with nostalgia of his childhood. For the artist, bathers represented his youth and a longing for days of freedom, rid of the anxieties of life for a ‘coloured’ artist during this time. In Bathers (lot 341), Clarke’s colourist and graphic approach is emphasised through lush colour choices and simplified planes. The work is centred around a scheme of simple, bold shapes, showing four bathers arranged against a vibrant orange beach scene. Clarke works with a brilliant palette, modelling his forms with tones of the same colour and flattening the surrounding environment by using slight variations of a disquieting orange, making it difficult for the viewer to distinguish a horizon. In this way, continuous, flat areas of colour blend space, with distance only defined by the scale of the figures. The surrounding environment is also seemingly washed with the warmth of the afternoon sun, with the sea and the sand reflecting the colours of the sky as the sun begins to set. Clarke’s resolute use of thick layers of gouache permeates this work with the intensity and emotional evocation that his works are known for.

Clarke’s contributions to the South African art scene extended beyond painting and illustration, as he was an equally respected writer and poet who inspired and mentored many artists during his life. His gentle critique and generosity extended to many young artists, as well as well-established artists and friends. Bathers (lot 341) was gifted to Kees de Jong, a Dutch poet, who travelled to South Africa in an old Landrover. The current owner of the work recalls de Jong and Clarke’s shared adventurous spirit, and their becoming fast friends after meeting, often spending hazy afternoons writing together and exchanging ideas. This is one of many stories about Clarke’s willingness to engage with fellow creators, and this small, impactful work contributes to Clarke’s role as a senior statesman of the South African art community and his lasting impact on those that surrounded him.
-AC 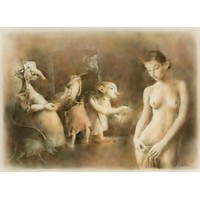 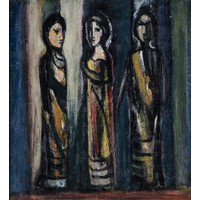